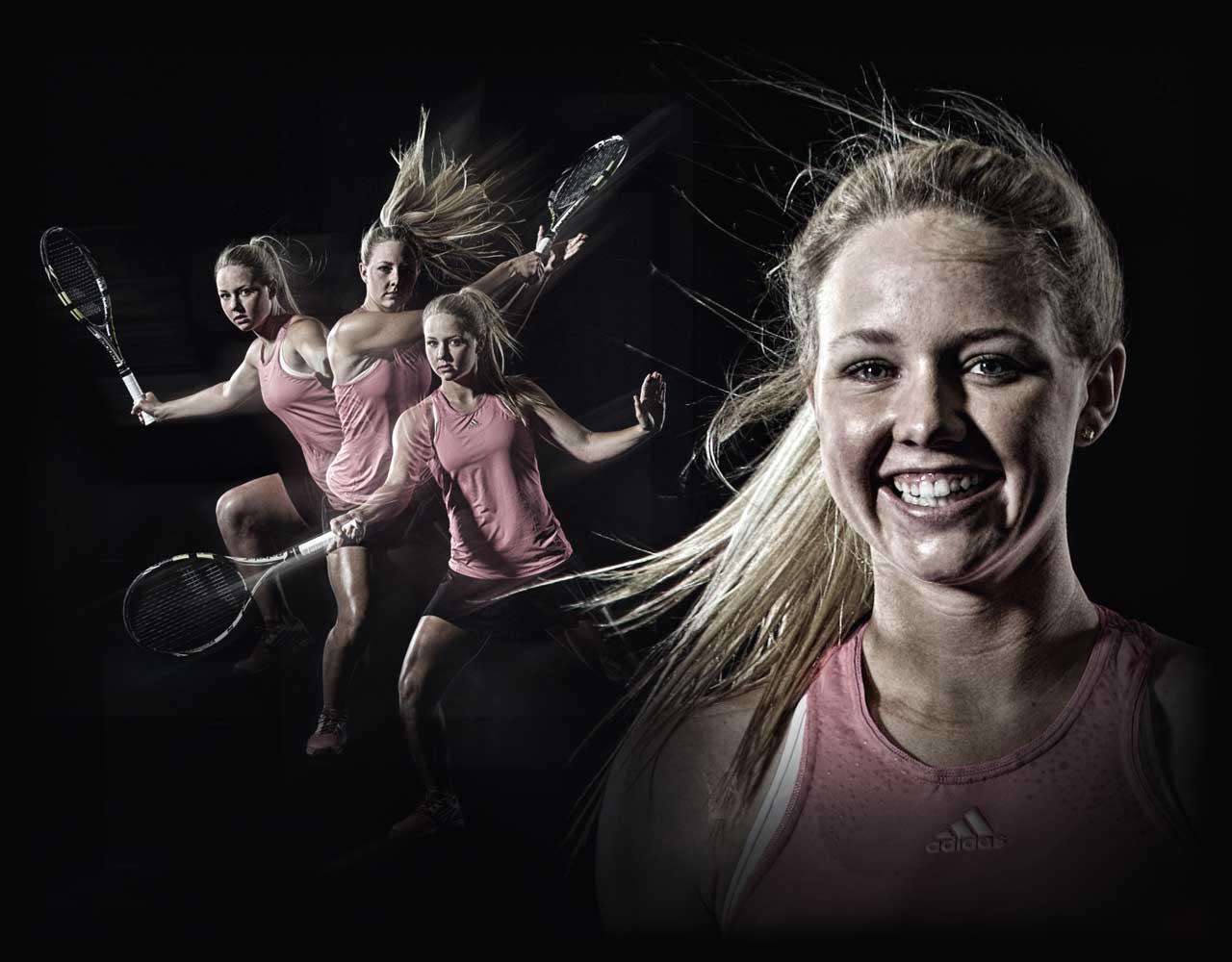 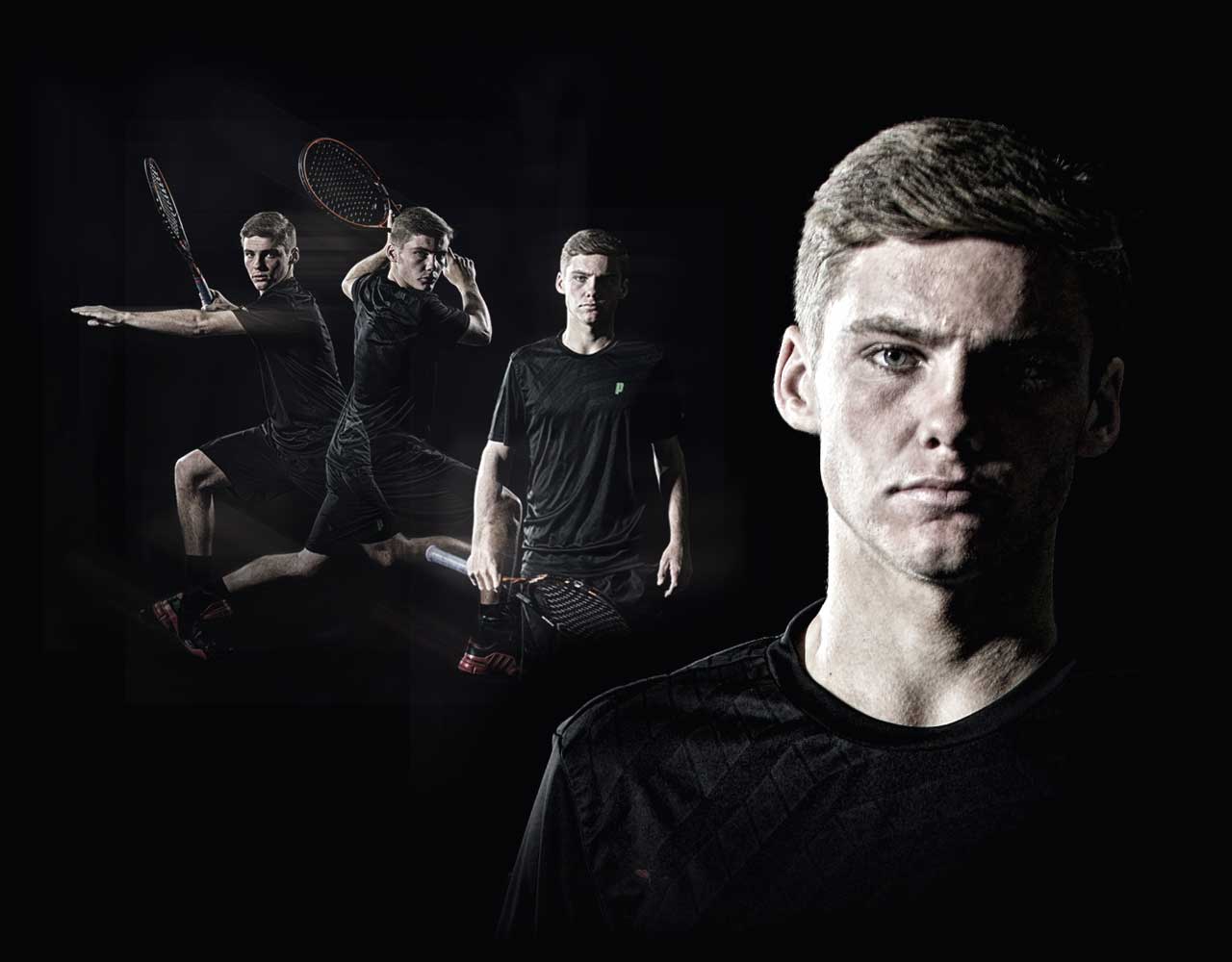 USTA Guide for Parenting a Champion

Your child has a genetic predisposition to excel at a particular style of play. A common parental mistake is assuming that your child is wired like you! Most likely they have a different brain type. They may see the world different and approach tasks differently than you would. Each body type and brain requires special attention.

Asking your child "Did you win?" after each practice match or tournament match is the Worst thing you could possibly ask ! Champions are performance oriented not outcome oriented. How can we ask them to focus on simple performance goals, if the parents are focused only on the outcome? Focus on saying 5 positive comments for every single negative remark. Kids pick up every negative word, condescending tone of voice, upset facial expressions and defensive body language. Love unconditionally and show it.

Warning ! Don't Talk In Front of Your Child About the Economics of Chasing Their Dream

Dumping unnecessary loads of pressure on a player before or after a match is one of the most common mistakes. I have often heard parents say "if you lose one more time to someone ranked lower than you, we are pulling the plug!" "Do you know how much we are spending on tennis?" How do you expect them to hit their performance goals, if you are stressing them out about finances?
"FYI - families with a top 20 nationally ranked junior player spend over $1,000 per week on tennis related activities."

Assuming Your Teen is Organized and Accountable

Drafting a family agreement is a great way to "put into writing" each persons responsibilities. Example - 2009 Parent agrees to financially support the child's tennis to the amount of X dollars per month, drive them to X club on time for X number of lessons, clinics, training, practices, serving, tournaments, etc. Child agrees to X numbers of off court training hours, X numbers of lessons, clinics, trainings, practice sets, serving... If the child doesn't fulfill their requirements then all parties agree chasing the dream is over.

Put in writing the four sides of development and four issues to improve each month. Example: technical - BH slice, tactical - how to beat a pusher, movement - develop core and speed, emotional - closing out 5-2 leads

it takes at least 4-6 weeks for a new motor program to override an old one if you are lucky. If you put your in a competitive situation without giving them the new motor program the time it takes to override the old one, you are absolutely guaranteeing that your child will go back to the old but flawed "comfortable" stroke. Now guess who just wasted all that money on the lessons to correct the flaw? You!

you are not trained in the art of interpretation and your child does not want to hear your analysis regardless of what you think or that you may be right.

Avoid Playing Up Too Soon

A player should prove themselves in a certain level of competition before jumping to the higher level. I recommend a child wins 2 major events in their age division before you bump them up to a higher age division. It so a bad idea to bump them up because they can't handle the pressure against their peers. This applies to practice matches as well ! Players need to rehearse closing out matches against different styles and levels of players !!

Tennis specific training requires a combination of foot speed and anticipatory speed. Working on vision and control and avoiding hesitation is a great start. They don't have to be the fastest runner on the court if they develop their anticipatory skills.

Ignoring Their B and C Game Plans ****

play practice games or sets against lower players and ask your child to rehearse their secondary styles of play. Champions have mastered more than one style of play. Example - my step daughter played her first US Open at age 15. In the first round , Sarah's opponent came out with her plan A (hard hitting baseliner) Sarah won the first set 6-4 , then at the start of the second set the opponent switched to plan B and (net rusher) . Sarah went up 4-1 ..... Now the opponent switched to moonballer pusher plan C , Sarah couldn't believe this 30 year old WTA veteran pushed her to a 15,000$ first round victory in the third set !

begin preparing equipment days before a big event. Scout players on the Internet and ask friends who beats them and why? Avoid talking about rankings, past wins or trying to justify why you should win based on some strange formula of people beating each other. Avoid looking at draws other than the round they are playing. On match days, assist them with nutrition and hydration needs and remind them to take a short jog or jump rope before they start. Dynamic stretches are a must for preparation in today's game.

Assuming They are Playing a Practice Match

first of all I congratulate all juniors that actually play practice matches. Most kids hit for 20 minutes, maybe finish one set and leave. Rehearsing the art of closing out sets will improve their mental toughness. I recommend asking them to play 3 sets starting at 2-2 instead of playing just one set routine. Handling the stress of closing out the set is a big advantage. There is a huge difference between mechanical confidence and competitive confidence!!!

if your child has a reoccurring nightmare of losing to pushers in tournaments , then how is hitting 3 hours per day against a hard hitting baseliner going to help ? It's not! Avoiding the issues and hoping it goes away isn't the wisest way to spend their time or your money!

Not Having an Entourage

the top players have a full entourage of people helping them. The best have private coaches, personal trainers, mental coaches, group class teachers in academies, off court specialist, hitting partners. Customizing the style of coach to your player is important. Choose wisely because the two leading influences on nurturing your child's career is you and the coaches you HIRE!
Once you hire a coach you have designated them as the captain of the ship and you should follow their lead.

Here it is folks! Your child should be spending an average of 20+ hours per week for about 10 years to reach a world-class level. The saying goes " they can't be a normal kid and a champion.... Pick one because you can't be both !" That goes for parents as well! Plan on skipping family vacations in Hawaii, because you may be in El Paso Tx at the national open. All this being said there are absolutely NO guarantees that putting in this level of commitment will make your child a pro.

A major let down usually occurs after reaching your first "family" national final. You envision a stadium full of fans, lines men , reporters , etc... Most often families are seriously let down! There is one umpire, you, your child, the opponent and their mom. Period! That's it! .... nothing ....nada ! Trust me; winning doesn't make them truly happy. Performing at their peak level under stress does! Also, don't add pressure to the big event , in fact , it is your job to Continually de-stress you child.

Being Oblivious to Periodization

Parents are often so blinded by winning that they unknowingly sabotage their child's success. Understanding when to train the different elements of your child's game is called periodization. It's based on the upcoming tournament schedule. For example: asking your child to bulk up in the gym, run five miles, dismantle and fix s flawed stroke a day or two before a big event are examples of poor periodization training. Asking your child to add an unfamiliar element days leading into the big event will surely kill their chances of peak performance.

Most parents spend 100% of their time and money developing the physical sides of their child's game. However, they blame their child's lack of performance/results on mental and emotional issues. The #1 statement from concerned tennis parents is "my child is the better athlete, yet they can't win!" Hum...

Coaching Only:
$50 per day plus a small division of coach’s expenses.

Full Chaperone:
$75 per day plus a larger portion of coach’s expenses.